“This year Madison celebrates its 30-year anniversary. Over the years we have grown and evolved, most recently into our new operating structure, with distinct brands for each business under the Madison Group umbrella” said David Redfern. “Constant throughout has been our focus on customers, suppliers and having the right people in the right roles and representing great brands in the market. I’m confident with Gerhard and Paul’s appointments this will strengthen the group’s offering even more.”

“I’ve known Madison for many years for their innovative approach to customer solutions and the high-quality brands they represent. I’ve seen what a professional, customer focused organisation they are with a great company culture” said Gerhard Loots. “This is an exciting phase for the Madison Group and I’m excited to be joining at such a monumental milestone of 30 years of operations.”

Paul Calabro will commence as mIoT CEO from 1 April 2021. Paul will continue as Acting CEO of Madison Technologies until a suitable replacement is found over the coming months.

“After leading Madison Technologies as its CEO for the past two and a half years, I’m excited to take on this new opportunity to lead our IoT business across an international market” said Paul Calabro. 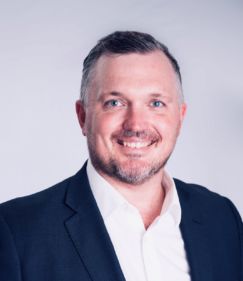 Former CEO of Madison Technologies, has been appointed CEO of mIoT.

Madison Group Enterprises is an Australian owned and operated business that employs over 140 people across Australia and New Zealand.  The group is comprised of businesses specialising in the design, development and distribution of leading connectivity products and technologies. Our businesses have proven expertise in connectivity solutions across a broad range of communications, audio visual, wireless and networking disciplines. Through our specialised teams and distribution networks across Australia and New Zealand, our businesses operating in the Audio Visual, Industrial Comms and IT, Industrial IoT and broad-based Communications distribution and reseller markets offer manufacturers unparalleled reach and representation for their brands.

Madison Group Enterprises provides a central hub for purchasing, finance and administration for the group of companies and to manage intellectual property, manufacturing agreements and licensing. This entity is also responsible for mergers, acquisitions and investments.

MadisonAV specialises in the distribution of professional and commercial grade audio/visual systems and components, digital signage, and state of the art video conference systems.

Madison Express specialises in the distribution of Madison Group brands and products to the electrical wholesale and reseller markets right across Australia and New Zealand.

mIoT designs and distributes a range of world leading industrial cellular data loggers, specifically for operation on the NBIoT band of any Carrier’s cellular network.