Home / Who We Are / Our Advisory Board

Rob joined the Madison Advisory Board in May 2013 and was appointed Chairman. Rob is a Non-Executive Director of Bendigo and Adelaide Bank Limited and Chairman of Healius Limited and Orocobre Limited, all companies listed on the ASX. Rob was a Partner at PricewaterhouseCoopers for over 20 years until 2013. During his time as a PwC Partner, he served as auditor and adviser for some of Australia’s largest companies with activities throughout Australia, Papua New Guinea, West Africa and South America.

Allan has 35 years management experience in the Technology sector. He was a former CEO of ASX listed IT Services company Volante Group Limited. Allan is a founder of several IT companies which  were all part of the Volante Group. He is currently Chairman of ASX-listed Telecommunications company OptiComm  and IOT company Sensera Limited. Allan was previously the Chairman of ASX-listed software companies GBST and RPM Global. Allan has also been involved with several private technology companies and has been a mentor to many IT entrepreneurs. He has been a member of the  Madison Advisory Board since 2010.

Roger has over 45 years experience in the telecommunications and IT industry, with the past 30 of these in senior management and leadership roles. Roger’s experience includes 28 years in the Australian Defence Force as a professional Army officer specialising in multi-dimensional communications systems both overseas and in Australia. Roger managed Madison Technologies from its Head Office in Brisbane for over 6 years, and has since been successfully running his own management consulting business for the past 11 years. Roger has been an integral member of the Madison Advisory Board since joining the Company in 2003 and brings with him an intimate knowledge of all elements of the Group, as well as a wide range of industry experience. Roger is a Member of the Order of Australia.

Liz is a full time Non-Executive Director, with extensive experience growing and transforming dynamic businesses. During her 20-year career in the travel industry, Liz held senior leadership roles in Australia and Europe, including as Chief Commercial Officer of Virgin Australia and Business Development Director of easyJet during the airline’s first ten years of rapid growth. Liz is currently a Director of Intrepid Travel Group, Auckland Airport, North Queensland Airports and People Infrastructure.  Through her roles, Liz brings particular focus on customer strategy, marketing and sustainable growth. 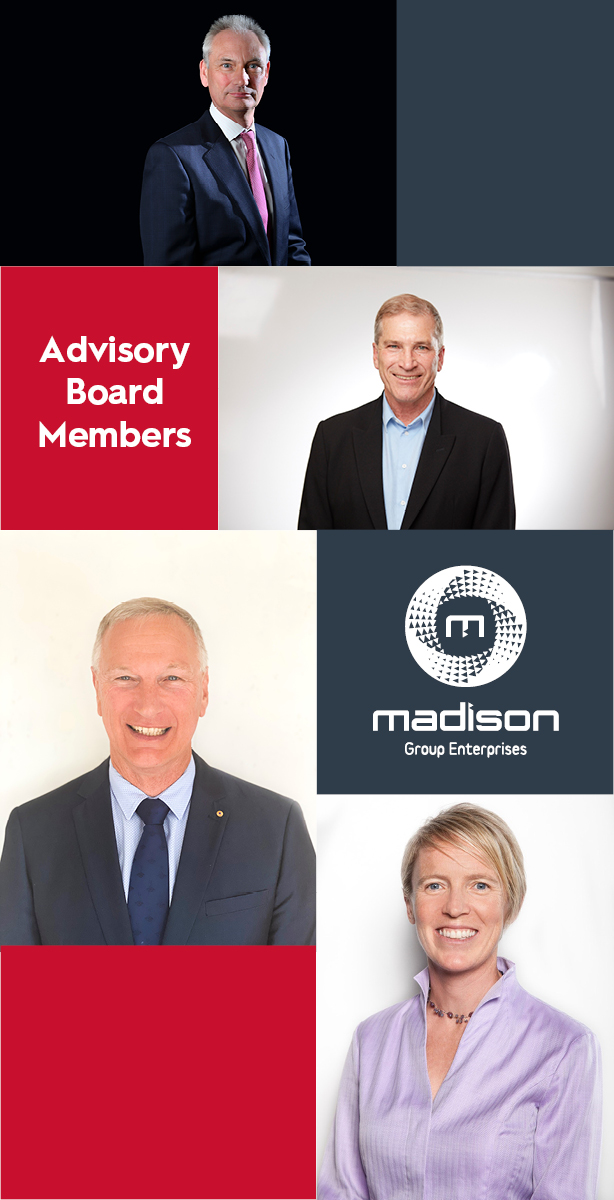